Organisations waste time, money and effort if their approach to creating differentiated experiences is based on the very undifferentiated “Let’s walk a mile in our customers’ shoes”.   Inspiration for better and more valuable experiences comes from those who experience things differently.

When teams set out to map customer journeys there’s often a familiar reminder of the need to “Put ourselves in our customers’ shoes”.  Assuming that the journey being mapped is a strategic priority and there is an ability to act on the findings, it’s a concept that’s logical and, to a degree, works.

However, that very familiarity is also its Achilles heel.  If we and our competitors are looking at things in the same way, the chances of creating differentiated experiences with undifferentiated thinking are not looking good.  In the journey mapping workshop, everyone nods and agrees that it’s the right thing to do but exactly what it means and why it’s important can get lost in the enthusiasm of being away from the day-job and amid the swarm of post-it notes. 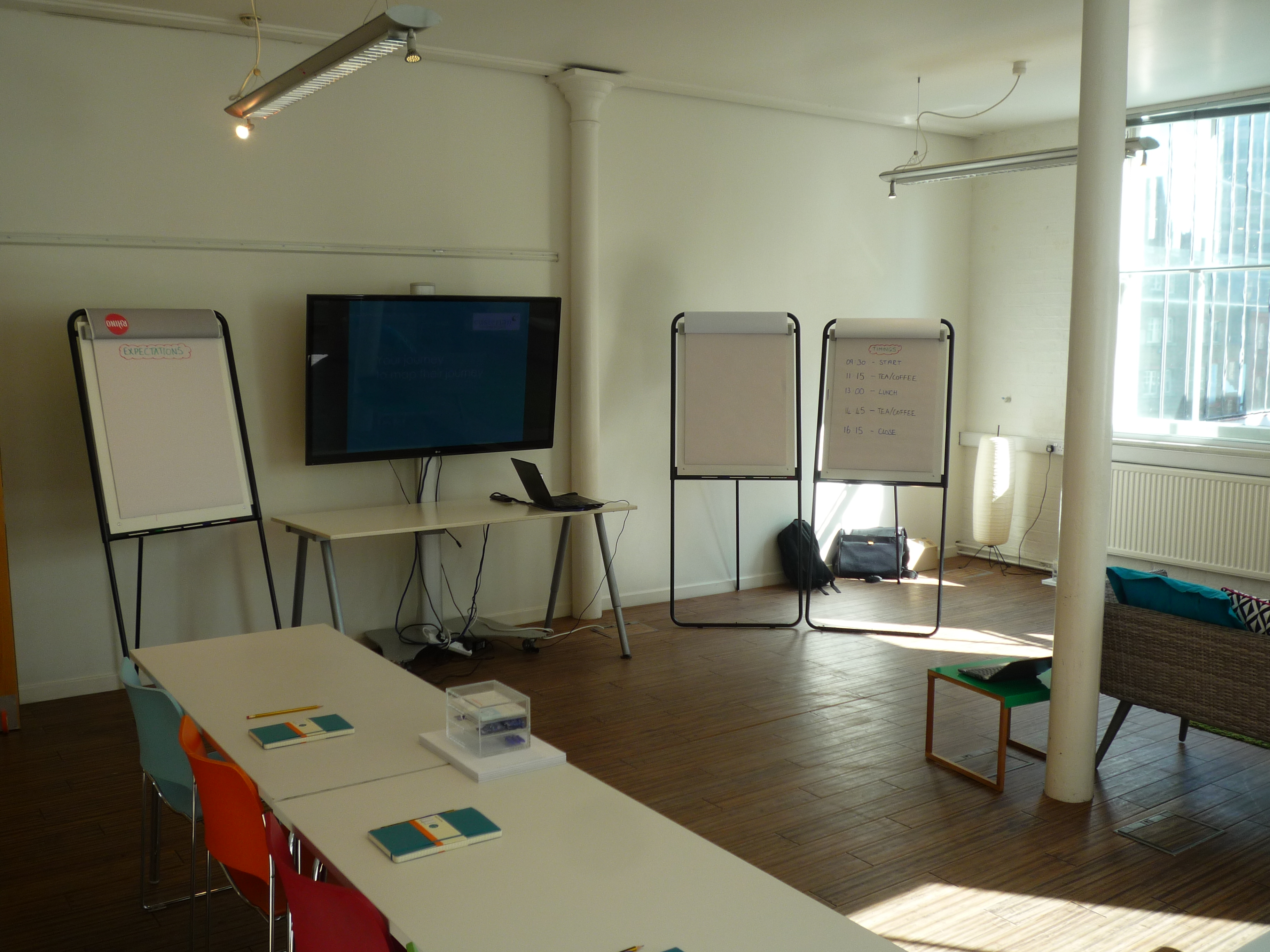 It’s all good and valid work, but it’s highly likely to produce a sanitised and generic version of the journey.  Putting ourselves in customers’ proverbial shoes cannot tell us what our customers think when they are in their own shoes;  however hard we try, it will still be us pretending to be them.

Even if we create a perfect vision of what the journey should be, by starting with us as a proxy for the customer, by the time any innovation has found its way through the corporate filters of business cases, project scope alignment and demands for “What’s the ROI?”, what were great ideas become diluted.  Had the vision been a little more ambitious and creative to start with, our diluted outcome would be stronger for it.

And so for those who want to take things a step further the approach needs to be stretched.  When we learn to negotiate, if it’s for a 5% budget increase we will probably try starting with +8%.  Swimmers train with weight-belts, motor-cyclists are taught to stay focused on the vanishing point of the road and not to stare at the front tyre.  It’s that thing about reaching the moon by shooting for the stars.

There is one group of people to whom we can turn to for inspiration in so many ways, including here.  They are ordinary human beings who live with some kind of mental or physical condition that we tend to label as having a disability or special needs.

In the UK, over eleven million people have a limiting long-term illness or an impairment of some kind according to the Government. It’s not unreasonable to assume that each of those individuals has at least two people who have been through the emotional highs and lows with them and sacrifice a lot to help them get through their daily lives.  Even if we rounded the numbers and said that 30 million people – nearly half the UK population – are affected, the chances are that we all have such customers. Next time you think a customer is over-reacting to not getting a call back as promised, it might be because they’ve been up all night trying to calm an apoplectic 12-year old who is unable to talk and explain what the problem is.

To help those mapping out customer journeys, adopting the persona of a typical customer type is a step in the right direction.  But, by seeing things from the perspective of someone who interacts with the world in a very different way, it can really sharpen up the process.  Take, for example, a team who wants to make the airport experience better.

The type of hand-drier in the toilets might not seem to be a particular issue.  But for someone with autism, hyper-sensitive emotions and a need for predictability, loud and sudden noises created by the blast from the current wave of dip-your-hand-in driers can at best be deeply distressing.  Creating a situation where your customers run among other customers, screaming and with their hands over their ears is, I’m sure, not an intentional experience. But there’s also a financial impact;  I know people who avoid one major airport for that very reason.

Addressing that particular issue also creates a calmer environment for everyone, something that is high on the list of unprompted things that passengers of all abilities value. Those anxious people who go on a fear of flying course do so because they thought it was the flight, not the airport, that would be stressful. 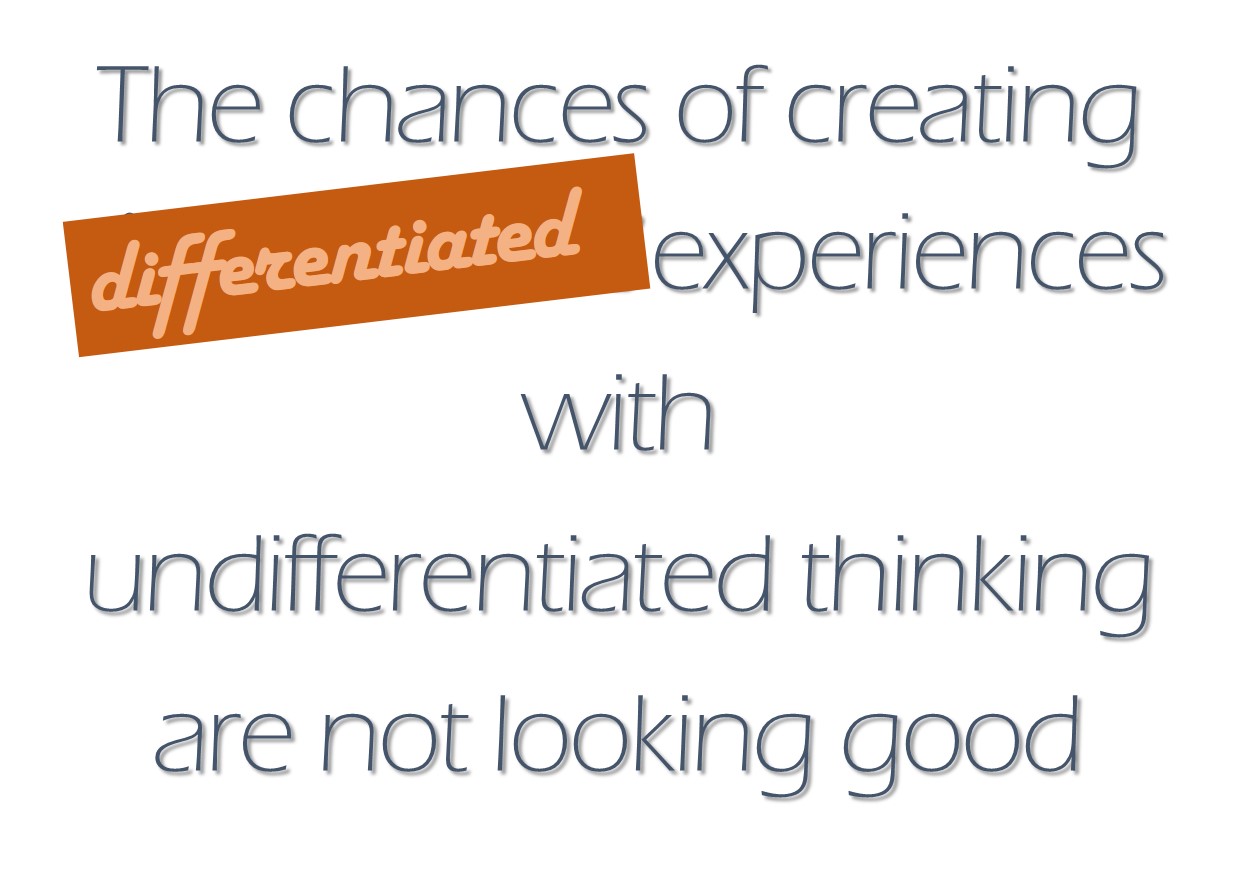 Many companies will proclaim they want to make things easy for their customers.  And people will quietly tolerate the niggles of call-centre on-hold messages or staff who close up their shop five minutes before time.  If we’re journey mapping by putting ourselves in our customers’ shoes, those are things we might not be bothered by and so we unintentionally assume our customers won’t either. But, look at it from the perspective of someone with depression, who has taken days if not weeks to build up the courage and mental energy to call only to be told to wait even longer;  the stroke sufferer who wants to ask a simple question but has problems speaking and being understood.  Or, the parent who can’t remember the last night of unbroken sleep, when they last woke up without being woken up and what life was like before washing bedroom walls became a daily task.  Many employees in a call-centre or retail space may not have had the life-experience of interacting with people for whom living independently – or living at all – is a major achievement.  Surely if we made things easy for them, everyone else benefits too.

Another example.  A common gripe is the ability to understand the bills we get, especially from utilities. I was with an energy-company client recently listening to customer calls and had to stifle a chuckle when the exasperated customer declared “I’ve a master’s degree in physics but I don’t understand this bill”.  Imagine then, what it is like if you have any kind of mental disability or a condition such as dyslexia.

Likewise, if a toy gets delivered and it’s the wrong one, do we assume that people will see it as a minor inconvenience and so we’ll be ready when they call up for a replacement.  Or, because we acknowledge that a parent or carer might have to explain that to a distraught child using Makaton sign-language, we fix the process that causes the problem in the first place.

Don’t get me wrong, there are many companies doing small and discrete things that make a big difference.  To provide a balance, Manchester airport publishes a guide specifically for those with disabilities and their carers; Birmingham airport has staff who will recognise signs in body language that suggest something is not right and they’re trained to do something about it. Monarch is replicating the London 2012 Games Makers training for its staff.

There are altruistic and – because of the world we live in – commercial reasons for taking this approach.  But, if we stretch our customer thinking in a different way to our competitors and we design journeys around real people, not the processes we force them through, empathy and ease translates smoothly into a better business for everyone concerned.

Thank you, let me know what you think.  And if you’re interested in helping to improve customer experiences for people with special needs, please join my group over on LinkedIn at https://www.linkedin.com/groups/Improving-Customer-Experiences-People-Special-4583395/about.