The environment in which we go about about our daily lives tends to be a familiar one.  For better or worse, we generally know what to expect.  We have in-built mechanisms to signal the presence of the unexpected and the absence of the expected.

It’s the same for our experiences as customers.  I want to highlight two very recent examples in the interests of showing what is possible and what should be impossible.  Let’s start with the latter, a situation that should never be allowed to arise. 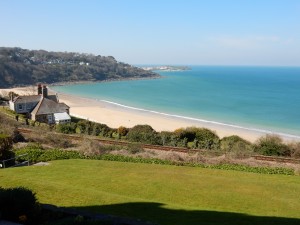 The coastline at the most south-western tip of Cornwall is stunning and so to find a bistro-cafe right on one of the glorious sunny beaches seemed like holiday-time well spent.  It wasn’t cheap but staff were friendly, the coffee was fresh and the setting was picture-perfect.  The kids insisted we went back the next day to try a different flavour of ice-cream and given the previous day’s experience, their pleas fell on receptive ears.  Except it was like a totally different place.  Some staff were the same but others were different and yet the atmosphere was decidedly rushed, we felt we were an inconvenience, the coffee was awful, staff were moaning about each other and worse, the ice-cream counter was closed for no apparent reason.  Snatching defeat from the jaws of victory, what had been a little piece of heaven became – in a sense intentionally – a little piece of hell overnight.  The next day it might have been good again, who knows.   How can that happen?

Faith was then restored a few days later back at home.  To have a serious problem solved that I didn’t know I had was one thing but for it to be solved by a company I had no relationship with was another altogether.   A soft tap on the front door just as we’re heading to bed isn’t how most customer experience stories begin but such was this one.  Utility company Wales & West had been called out to a suspected gas leak in the area and in checking where gas might track, had discovered a small leak at the front of the house.  At no cost and no hassle the friendly and empathetic engineer repaired the problem quickly, kept us informed throughout and then went back to his team dealing with the original issue.

Two very different experiences but both unexpected.  One left me bewildered and frustrated, the other grateful and impressed but the lesson to us all is that both were controllable and both have a lasting, if polar opposite, impact.